Our program has been curated to combine educational opportunities with fellowship and celebration. You’ll have the chance to learn about Coolidge family history while meeting cousins and celebrating all the Coolidge family has contributed to America. The agenda below provides an early glimpse — more activities will be added in coming weeks. Check back for updates!

On Saturday, we’ll gather at Plymouth Notch for a day of learning and festivity. Coolidge Cousins will have the opportunity to participate in Old Home Day activities — including wagon rides, cheese making, and more — and tour what’s been called “America’s best-preserved presidential birthplace.” Coolidge Cousins will also be treated to special sessions that will explore the legacy of the Coolidge family. A festive dinner will close out an exciting day.

10:00 AM           “Cottenham to Watertown and Beyond” — Join us for a special session that will explore the journeys and contributions of the Coolidge Family in America.

Governor James H. Douglas served four terms as Vermont’s eightieth governor. During his tenure, he focused on strengthening the state’s economy, reducing the cost of living in Vermont and protecting the state’s natural environment. He advanced groundbreaking health reforms and worked to strengthen the relationship between Vermont and Quebec and the other Canadian provinces. Governor Douglas’s bipartisan outlook was recognized by his fellow governors who elected him chairman of the National Governors Association in 2009. Mr. Douglas’s distinguished career in state government included multiple terms as secretary of state and state treasurer, as well as service in the Vermont legislature. Currently, Governor Douglas serves as executive-in-residence at Middlebury College where he teaches political science. Governor Douglas serves on the boards of numerous companies and nonprofit organizations. 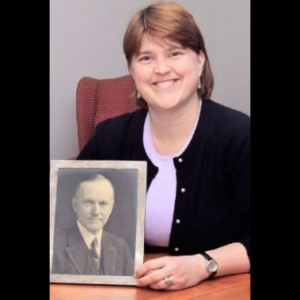 Jennifer Coolidge Harville is the great-granddaughter of President Coolidge and Grace Coolidge. Jennifer speaks to audiences around the country about the Coolidge family. Her talks include background information about Calvin Coolidge, his wife Grace, and Calvin’s rise in politics – locally in Northampton, Massachusetts, at the state level in Boston, Massachusetts, and at the national level. She describes the Coolidge family tree, talks about the Coolidge’s two sons, and shares how the early death of Calvin, Jr., left her grandfather, John, as the sole Coolidge descendant. Ms. Harville lives in Westmoreland, New Hampshire with her husband David, their son Jake, and daughter Sheridan. As an Activities Assistant at Covenant Living in Keene, she enjoys learning from and connecting with its residents. She volunteers with her local church. One of her passions is choral singing, and she is a member of the Brattleboro Concert Choir in Brattleboro, Vermont. Jennifer is a graduate of Gettysburg College and earned a master’s degree from Emory University. She is a long-time member of the Calvin Coolidge Presidential Foundation Board of Trustees. 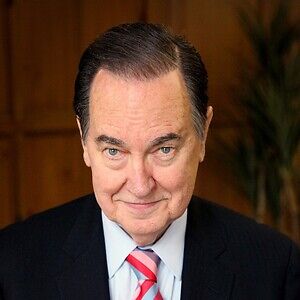 Cal Thomas focuses on what promotes the general welfare, regardless of which party or ideology gets the credit. Without letting politics, or ignorance, get in the way, Thomas urges readers to pay attention so that politicians can no longer pick their pockets—literally or intellectually. With a twice-weekly column appearing in hundreds of newspapers, Thomas is one of the most widely read and one of the most highly regarded voices on the American political scene. For 19 years he was a commentator on Fox News Channel, which included his own show “After Hours” and as a panelist for “Fox News Watch.” For ten years he and Bob Beckel wrote the “Common Ground” column for USA Today. A graduate of American University, Thomas is a veteran of broadcast and print journalism. He has worked for NBC News in Washington, D.C. and hosted his own program on CBNC that was nominated for a Cable ACE Award in 1995. In 2011, Thomas received the William F. Buckley, Jr. Award for Media Excellence from the Media Research Center. His latest book is America’s Expiration Date: The Fall of Empires and Superpowers…and the Future of the United States was published in 2019. He has four adult children, eleven grandchildren, and resides in the South Florida area. Mr. Thomas is a first cousin twice removed of First Lady Grace (Goodhue) Coolidge. 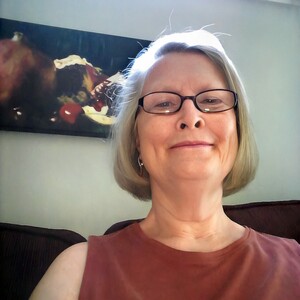 Christine (Coolidge) Schultze will be on the panel “Cottenham to Watertown and Beyond” exploring the history of the Coolidges in America. As an avid amateur genealogist, she has extensively researched her own Coolidge roots as did her father and grandfather before her. She is a Coolidge through and through; a descendant of the original John and Mary Ravens Coolidge and three of their sons: Simon, John and Nathaniel. She holds a Bachelor of Arts degree and an MBA, both from the University of Pittsburgh. Christine is retired from a career in the computer technology industry. She was raised in the Chicago area and still lives there thanks to the westward movement of her great grandfather, James Henry Coolidge, who made the journey to Illinois from Watertown in 1856. 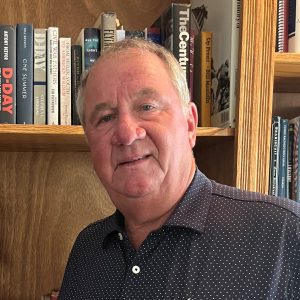 Calvin Chism Coolidge is a descendant of Ensign John Coolidge (the eldest son of John and Mary Coolidge) and Hannah Livermore. Cal has been active with the Coolidge Foundation for many years serving on the Board of Trustees from 1990 to 1998. Cal’s career was with Texas Instruments and TRW serving as Vice President of Washington Operations for both companies’ $2 Billion Defense and Electronics Groups. He holds a Bachelors degree in Business from Bradley University and an MBA from Texas A&M. Cal is an avid and competitive golfer in Virginia where he lives in Lake Frederick with his wife Joan. They have two adult daughters, Melinda and Sarah, who have successful careers in the Law and Social Work. 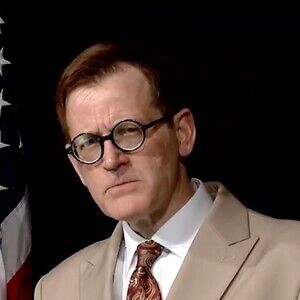 Tracy Messer, also known as “Calvin Coolidge,” is your host for the weekend. Mr. Messer himself is a distant Coolidge Cousin. His day job is serving as Coolidge Ambassador for the Coolidge Foundation in Plymouth Notch, Vermont. He also is a living history performer and has been performing as the Thirtieth President since 2017. Earlier in his career, Mr. Messer worked within the high-tech and healthcare sectors as an accredited member of the Public Relations Society of America. Mr. Messer earned his master’s degree in Counseling from Colgate University and his bachelor’s degree from Dickinson College where he double-majored in Psychology and Spanish, having graduated with honors. Mr. Messer may be reached by email at: tmesser@coolidgefoundation.org.