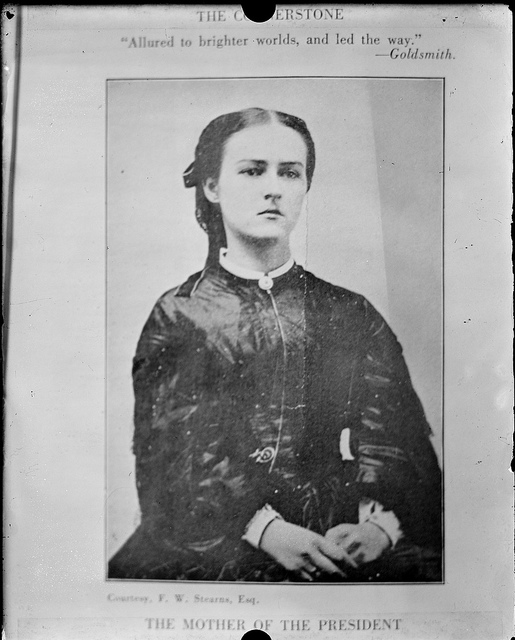 They were Vermont Yankees, through and through. Pillars of the Plymouth Notch community, friends to all and enemies to none. That is how history remembers this couple, from whose union came the thirtieth president of the United States. John and Victoria Coolidge welcomed a little auburn baby into their modest home in the back of the General Store on Independence Day, 1872. One can only imagine the hopes and dreams Victoria held in her heart and mind for that dear son. Did she dare to dream that her firstborn son would one day sit in the Oval Office?

Of his mother, Calvin Coolidge wrote “It seems impossible that any man could adequately describe his mother. I can not describe mine… She bore the name of two Empresses, Victoria Josephine. She was of a very light and fair complexion with a rich growth of brown hair that had a glint of gold in it. Her hands and features were regular and finely modeled. The older people always told me how beautiful she was in her youth.”

Calvin goes on to relate her frail nature, the perpetual illness that seemed to plague her constitution. He was a boy of just twelve years old when his mother called him to her sickbed to bid him farewell. She died on her 39th birthday, March 14, 1885. He described the pain of losing his mother as “the greatest grief that can come to a boy…” Calvin would never forget his late, lamented mama, carrying a small silver case containing her portrait with him for the rest of his days.

His widowed father soldiered on to bring up his boy with the virtues of thrift and discipline. Calvin greatly admired his father. He wrote in his Autobiography of his father’s skills as a businessman, a farmer, and craftsman. Col. John Coolidge was a true renaissance man: notary public, state legislator, founder of the Plymouth Notch Cheese Factory, town constable, you name it, Col. John probably did it. He took greatest pride in helping his son advance to higher heights. He spent many years supporting Calvin’s educational and political endeavors, and always relished his role as a father, father-in-law, and grandfather. 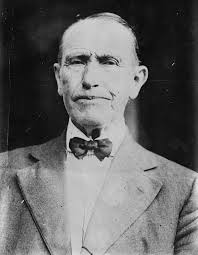 The most supremely poignant episode in the father-son relationship between Col. John and Calvin took place by the light of a kerosene lamp in the parlor of the family homestead. At 2:47 AM on August 3, 1923 Col. John administered the presidential oath of office to his son Calvin. This is without a doubt the most unique presidential inauguration in American history. When the old colonel was later asked why he presumed to have the authority to administer the oath to his son, he replied “nobody told me I couldn’t.”

Ninety-one years we are eternally grateful that Col. John had the gumption to take matters into his own hands!

In his old age the Colonel received the scores of visitors who trekked to Plymouth Notch to see the birthplace of the president. In early March 1926 President Coolidge, who was in Washington, was told his father was sinking fast. He raced to Vermont, but he didn’t make it in time.The stout old Colonel’s life journey ended on March 18, 1926. Remarking on his disappointment at not being at his father’s deathbed, the president wrote “It costs a great deal to be President.”

We give thanks for the lives of John and Victoria Coolidge, and we especially thank them for giving us their son, Calvin Coolidge!

3 Responses to “John and Victoria Coolidge: Parents of Presidential Stature”