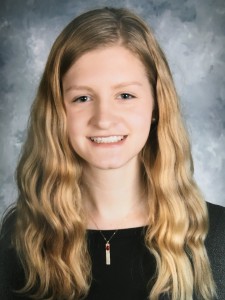 Regan Brady is a junior at Hathaway Brown School in Shaker Heights, Ohio. A highly-accomplished student and AP Scholar, Regan’s interests include economics, debate, mathematics, and writing. At Hathaway Brown, Regan competes on the school’s debate team and is a varsity athlete in cross country, lacrosse, and indoor track. She serves as editor of the school’s newspaper, is a member of the “Savvy Investors Club,” and serves as co-president of the school’s GROW Foundation, an organization that awards thousands of dollars annually for economic and social empowerment.

Born with severe hearing loss, Regan is a national advocate for the hearing impaired. At age 11, Regan published Listening to the Waves, a book about her own experience overcoming hearing loss and growing up with cochlear implants. She volunteers with children who have experienced hearing loss and mentors families of newly diagnosed hearing-impaired children through the Auditory-Outcomes Project. Regan speaks often to audiology students on college campuses and at state and national conventions on early auditory intervention. In addition to her work advocating for the hearing impaired, Regan has raised significant funds to support wounded veterans through the Marine Corps Marathon’s 10K Race, collects food for the Cleveland Food Bank, and assists physically disabled children through Youth Challenge Sports. Regan works as a math tutor, babysitter, and for her family’s small business. 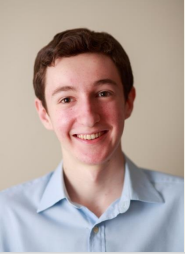 Joshua Moriarty is a junior at Hunter College High School in New York, New York. Joshua is a highly decorated debater, currently ranking among the top public forum style debaters in America. He has won several prestigious debate tournaments including the Princeton Classic, Columbia Invitational, and the Newark Invitational. In addition to competing, Joshua is the co-president of his school’s debate team. He has served as the team’s administrative director, organizing travel and lodgings for tournament participants, communicating with parents, coordinating judge and chaperone involvement, and overseeing the team’s budget. Joshua has also coached younger students, guiding Hunter’s novice debate team to a state victory. During the summers, Joshua has served as a counselor at the Harlem Debate Institute.

Outside of debate, Joshua has earned numerous academic awards, including two Gold Keys from the Scholastic Art and Writing Awards. At Hunter, Joshua is the co-editor-in-chief ofThe Observer, the school’s newspaper, and he serves as a student senator and on the Class of 2017 Term Council. Since 2013 Joshua has volunteered at DOROT, visiting and making phone calls with elderly members of his community on a weekly basis. Joshua works as a math tutor. 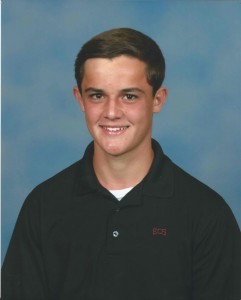 Samuel Reddick is a junior at Evangelical Christian School in Cordova, Tennessee. A top student, Samuel is ranked first in his class, and has twice been named “Student of the Year” at Evangelical Christian. He has competed in the National School Scrabble Championship in Washington, D.C., and has placed highly in multiple statewide math competitions.  Samuel is an enthusiastic student of Latin achieving top marks in the American Classical League’s National Latin II and III exams. He performs the French horn, sitting 1st chair, and has received Blue Ribbons from the Tennessee Music Educators’ Association two years in a row. Samuel is a highly accomplished soccer player, playing on his high school’s varsity team and serving as captain for the U-19 “Germantown Legends Soccer Club.” His high school team finished as regional champions in 2014, making it all the way to the state’s semifinal round. Samuel also works as a soccer referee.

Samuel is interested in cancer research and has participated in the conference of the American Association for Cancer Research in San Diego and has volunteered for St. Jude Children’s Research Hospital in Memphis.  He is highly involved with local youth groups, volunteering as a photographer for events, assisting with church maintenance, and helping elderly and homebound church members. Samuel is a founding member of Shelby County Mayor’s Youth Council, and he tutors younger students in Latin, science, and mathematics.