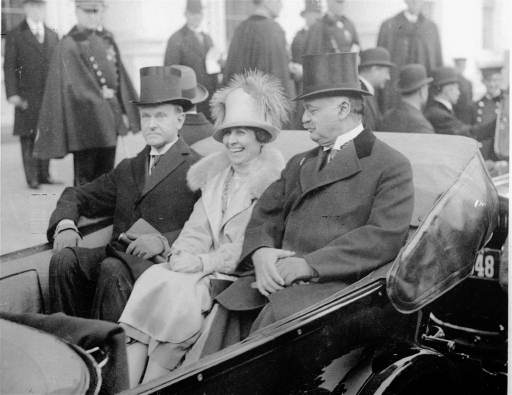 It was a triumphant electoral victory: 382 electoral votes, 35 states (out of 48 total at the time), and 54 percent of the vote in a three-way race that very well could have split the Republican vote. Campaigning on a platform of limited government, tax cuts, debt reduction, and economic freedom, Calvin Coolidge won the hearts of the American people. This outcome was not preordained. Ascending to the presidency only as the result of the death of Warren Harding, the GOP very well could have cast him aside in the ’24 election. Fortunately, the party bosses knew a winner when they saw one, and a winner Coolidge was!

The day finally came in early March 1925 for the organs of our government to formally inaugurate the four-year term to which Cal had been elected. The Republicans had every reason to celebrate. After the scandal-ridden years of the Harding White House, the voters had elected a man beyond reproach. In the preceding months Calvin Coolidge had restored the honor and dignity of the executive office, while continuing to honor the policy goals of the Harding Administration, goals which he shared.

In keeping with his modest character, Coolidge did not want an elaborate fete that would overshadow the solemnity of the occasion. There would be no grand inaugural soiree, and the post-inaugural parade lasted less than sixty minutes. The shining light of the day would be his beautiful wife Grace, who rode to the inauguration in a gray dress, which the press described as “Coolidge Gray,” “a shade deeper and warmer than pearl.” Images from that day show Calvin and Grace seated in an open-air car, with Kansas Senator Charles Curtis. Grace beams with joy, that famous warm smile radiating on her face.

Coolidge’s inauguration proceedings were the first to be broadcast to the nation via radio in American history. Millions of Americans tuned in to hear the president of the United States, most for the first time ever. Around 1:00 pm Coolidge took the oath of office on the Family Bible given to him by his mother, with the book open to the gospel of John, chapter 1. The oath was administered by Chief Justice William Howard Taft. Coolidge’s presidential inaugurations were known to make history: a year and a half earlier his own father had administered the oath of office to him in the family sitting room at the homestead in Vermont; at this inauguration Coolidge became the first president to have the oath administered to him by a former president.

In his inaugural address Coolidge outlined the vision of modest, restrained government that would mark his only full term in the White House. The America he addressed was at peace, with general prosperity throughout the nation. “No one can contemplate current conditions without finding much that is satisfying and still more that is encouraging,” the president said. His address, ironically one of the longest in American history, spoke to the values and principles the American people knew Coolidge embodied:

After the conclusion of the ceremony, Calvin and Grace returned to the White House to review the inaugural parade. There would be no ball to accompany the inauguration, but the evening before the president, his family, and guests had attended a performance of Aïda, as well as a dinner organized by members of the Massachusetts General Court. That was vintage Calvin Coolidge: no fuss, no flash, very straightforward and to-the-point. The American people admired these qualities, and as Jerry Wallace wrote in 1998 “the Republic was in good hands with Calvin Coolidge.”

One Response to “Remembering the 1925 Inauguration of President Calvin Coolidge”