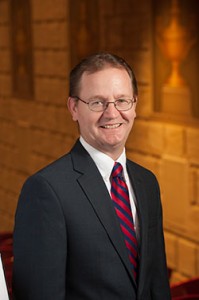 Dr. Ben Voth is the Debate Fellow at the Calvin Coolidge Presidential Foundation. In this role he advises and helps direct the Coolidge Foundation’s various debate initiatives.

Dr. Voth is a professor of communication and the collegiate debate coach at Southern Methodist University who has coached top national debate programs such as the University of Kansas, Baylor University and Miami University. Dr. Voth works with a variety of individuals such as Holocaust survivors, national speech champions, top speakers in debate, community advocates, and government leaders to ensure that the human value of being heard is instilled. Dr. Voth is a public speaking consultant for the City of Plano as well as the United States Holocaust Memorial Museum. He is author of The Rhetoric of Genocide: Death as a Text, and James Farmer Jr.: The Great Debater.