Coolidge and the Founders

“About the Declaration there is a finality that is exceedingly restful… If all men are created equal, that is final. If they are endowed with inalienable rights, that is final.”

Next year, 2023, marks the centennial of the Coolidge presidency. One area of Coolidge’s philosophy that the Coolidge Foundation plans to highlight is the President’s deep attachment to the United States Constitution. Though a modern president who served in an era of aviation, telephones, and industrial production, Coolidge understood that all our progress stems from the values of America’s Founders. Not only the Framers’ vision of government, but also their religious conviction, Coolidge argued, inspired them. “They were a people who came under the influence of a great spiritual development and acquired a great moral power. No other theory is adequate to explain or comprehend the Declaration.” Equal rights, dignity of the individual, respect for the individual, all derived from the Western tradition of what Coolidge called “things of the spirit.” Join us for an evening where we examine the power of America’s framing documents—and see how they might guide us today. 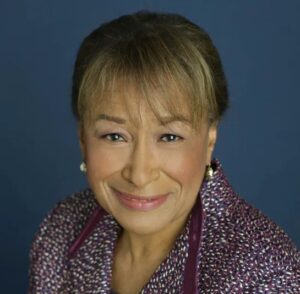 Keynote: The Honorable Janice Rogers Brown — How to Win a Culture War

Janice Rogers Brown is one of the premier jurists of our era. Born in the segregated South, Judge Brown attended college in California, majoring in economics before turning to the law, and serving as an associate justice of the California Supreme Court, an associate justice of the California Court of Appeals, and as the legal affairs secretary to California governor Pete Wilson. Nominated by President George W. Bush to the federal bench, Judge Brown served on the consequential United States Court of Appeals for the D.C. Circuit from 2005 until her retirement in 2017. Judge Brown has served on the Board of Regents of Pepperdine University and the University of the Pacific. A 2019 recipient of the Bradley Prize, she serves as trustee of the Coolidge Foundation. Judge Brown earned her J.D. from the University of California, Los Angeles School of Law and received a Master of Laws in Judicial Process from the University of Virginia School of Law.

The 2022 Coolidge Gala will begin at six o’clock in the evening of December 13th at the Union League Club of New York. There will be a special appearance by the Knickerbocker Greys, and James H. Douglas, former governor of Vermont, will emcee the evening. The evening’s attire will be Cocktail Attire (Coat and Tie). Please contact Coolidge House Director Colleen Stamos at cstamos@coolidgefoundation.org for ticket information.