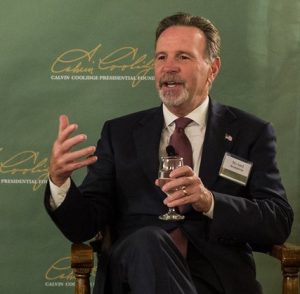 Mr. Aronstein began his investment career in 1979 at Merrill Lynch, where he remained for nine years, holding positions as Senior Market Analyst from 1980 to 1983 and Senior Investment Strategist and Manager of global investment strategy from 1983 to 1987.

After leaving Merrill Lynch in 1987, Mr. Aronstein spent the next six years as President of Comstock Partners, a diversified investment advisor managing approximately $2 billion in global equity and fixed income.

In 1995, Mr. Aronstein was cited in the Financial Times Guide to Global Investment as one of the ten best investors of the decade. His views on macroeconomic and strategic issues have been regularly sought by and disseminated through print and visual media.

In 1993, he founded West Course Capital, a discretionary commodity management firm that managed funds for domestic and international clients, taking a long term approach to investment in traditional industrial and agricultural commodities.

In 1985, his written work was cited by Institutional Investor Magazine as the most valuable strategic research on Wall Street.

Michael is a graduate of Yale College and is married to Laura Palmer Aronstein. They have two sons, Angus and Duncan. The family makes its home in Greenwich, CT.