On August 2nd, 1923, Vice-President Calvin Coolidge received stunning news: President Warren Harding had died. At the time, Coolidge was visiting his father at the Coolidge Homestead in Plymouth Notch, Vermont. Preparations for the transfer of presidential power began immediately. In the early morning of August 3rd, Coolidge was sworn in as the 30th President […]

Title: Opening the Conference on the High Cost of Living Date: October 24, 1919 Location: Boston, Massachusetts (Original document available here) Having held the office of mayor myself, I appreciate not only the duties and difficulties but the many pleasant features which come to the lot of the chief executives of the cities of Massachusetts. I therefore welcome […]

Title: Message on Reimbursing Certain Public Officials Because of Injuries Date: June 5, 1919 Location: Boston, Massachusetts (Original document available here) To the Honorable Senate and House of Representatives. During the night of June 2 the residences of two officials of this Commonwealth were damaged by explosions which were brought about by reason of their doing their public […]

Title: Statement Relative to the Ninety-Eight Anniversary of the Establishment of Greece Date: March 27, 1919 Location: Boston, Massachusetts (Original document available here) To the People of Massachusetts. April 7 will represent the ninety-eighth anniversary of the establishment of Greece as an independent Nation. It is fitting and highly proper that we who have received so much in […]

Always wondered Coolidge’s thoughts on something? Ask the President himself. 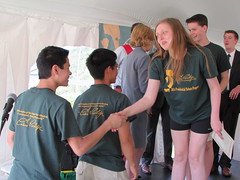 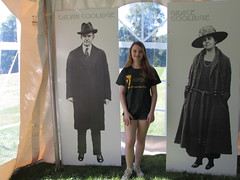 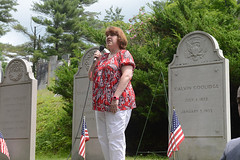 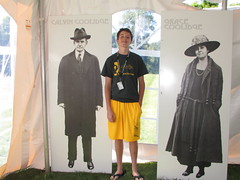