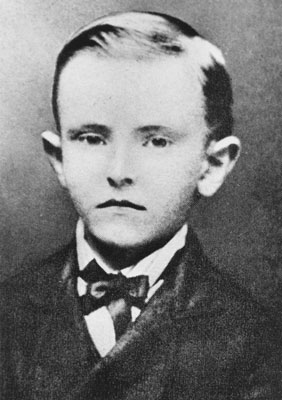 Calvin started school in 1877 when he was only 5 years old and was the youngest child in the one room school house. He was there with 23 other children who ranged in age up to 18 years old. “My education began with a set of blocks which had on them the Roman numerals and the letters of the alphabet. It is not yet finished. As I played with them and asked my mother what they were, I came to know them all when I was three years old. My teachers were young women from neighboring communities. I do not feel that the quality of their instruction was in any way inferior.”

The Autobiography of Calvin Coolidge, p. 3