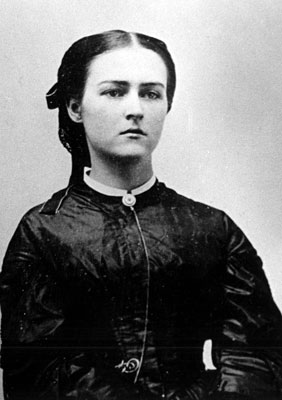 Victoria was a neighbor of John Coolidge in Plymouth. She attended Black River Academy for one year. She married John Coolidge and set up housekeeping in the cramped quarters behind the village store that her husband ran. She was a consumptive and became, soon after her marriage, a chronic invalid. Calvin Coolidge, in his Autobiography, is poetic in describing his mother. He describes her death, “When she knew that her end was near she called us children to her bedside, where we knelt down to receive her final parting blessing. In an hour she was gone. It was her thirty-ninth birthday. I was twelve years old. We laid her away in the blustering snows of March. The greatest grief that can come to a boy came to me. Life was never to seem the same again.” Calvin carries his mother’s picture with him the rest of his life.