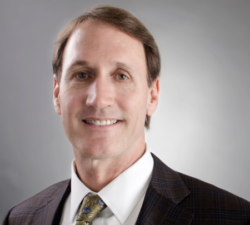 Alan Hassenflu co-founded, and is the General Partner, Managing Principal and CEO of Fidelis Realty Partners, Ltd. (Fidelis), which was formed in 2003.  The company’s business is comprehensive services to its commercial real estate portfolio.  Fidelis was formed with a commercial property portfolio of 1 million square feet in the greater Houston area, and today has grown to over 10 million square feet of existing property, which includes more than 3 million square feet of property under various stages of development or redevelopment.  Fidelis services over 60 properties in 9 cities in Texas, New Mexico and Louisiana, with the majority of its holdings in the metropolitan Houston market.  Fidelis is organized by service discipline, with heads of Marketing, Property Management, Construction, Accounting, Legal and its DFW operation.  Mr. Hassenflu and Fidelis’s six department and division heads have approximately 150 years of combined experience in commercial real estate.  The Fidelis team is comprised of more than 60 team members, and is headquartered in Houston.  Fidelis’s other major office is in Dallas, with a third satellite office in Santa Fe, New Mexico.

Mr. Hassenflu earned his bachelor’s degree from Texas Tech University, and an MBA from the University of Texas at Austin.  He started his career at Price Waterhouse in Dallas, and earned his CPA certificate.  Mr. Hassenflu began his real estate career after graduate school with the Trammell Crow Company in Houston, with tenure there of 15 years.  He started as a Leasing Agent, and resigned as a Senior Managing Director, and member of the Retail Investment Committee.  He was the largest retail investor and developer within Crow nationwide.  Mr. Hassenflu is a member of the International Council of Shopping Centers, and the Urban Land Institute, where he serves on a Retail Council.  He currently serves, or has served, on numerous corporate, educational, non-profit, political, municipal and civic boards and committees, including being a former elected city Councilman for the City of Southside Place, where he resides with his wife, Cherie.  He and his wife have two grown sons.

For a number of years Mr. Hassenflu has spearheaded an initiative that brings dozens of high school students from Houston’s Pro-Vision Academy to New England each summer to participate in Coolidge Foundation programs.