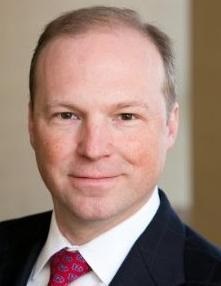 Richard R. Hough III is Chairman and Chief Executive Officer of Silvercrest Asset Management Group. Mr. Hough joined Silvercrest in 2003 and became a partner in 2006. He has served on the firm’s Executive Committee since 2007 with responsibilities for marketing and corporate strategy and development. Mr. Hough was Silvercrest’s president and chief operating officer from 2010-2013. Prior to joining Silvercrest, Mr. Hough worked as a policy analyst and was the founding national program director of Children’s Scholarship Fund. Mr. Hough is a member of the Board of Governors and executive committee of the Investment Adviser Association. Mr. Hough also serves chairman of the board of the Institute for Family Studies, and he serves on the boards of the Calvin Coolidge Presidential Foundation; New York Men’s Leadership Forum; Christendom College; Monmouth Council, Boy Scouts of America; and the advisory board of The New Criterion. Mr. Hough received a B.A in politics and philosophy from Princeton University.