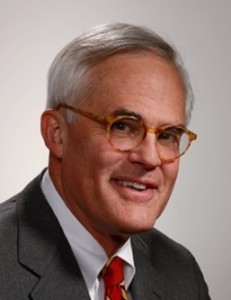 Garland S. Tucker, III is retired chairman/CEO of Triangle Capital Corporation. Prior to co-founding Triangle, Mr. Tucker and an outside investor group sold First Travelcorp, a corporate travel services company that he and the investors founded in 1991. For the two years preceding the founding of First Travelcorp, Mr. Tucker served as Group Vice President, Chemical Bank, New York, with responsibility for southeastern corporate finance. Prior to Chemical Bank, Mr. Tucker spent a decade with Carolina Securities Corporation, serving as President and Chief Executive Officer until 1988. During his tenure, Carolina Securities Corporation was a member of the New York Stock Exchange, and Mr. Tucker served a term as President of the Mid-Atlantic Securities Industry Association. He entered the securities business in 1975 with Investment Corporation of Virginia. The author of The High Tide of American Conservatism: Davis, Coolidge, and the 1924 Election and, most recently, Conservative Heroes: Fourteen Leaders Who Shaped America, from Jefferson to Reagan, Mr. Tucker is a graduate of Washington & Lee University and Harvard Business School. He lives with his wife Greyson in Raleigh, North Carolina.