Daily seminars and lectures will be led by internationally-renowned content experts in areas ranging from economics and history to international relations and security.

Amity Shlaes is the author of four New York Times bestsellers: The Forgotten Man: A New History of the Great Depression, The Forgotten Man: Graphic, a full length illustrated version of the same book drawn by Paul Rivoche, Coolidge, a full-length biography of the thirtieth president, which debuted at number three on the Times list, and The Greedy Hand: How Taxes Drive Americas Crazy. National Review called the Forgotten Man “the finest history of the Great Depression ever written.” The Economist wrote of Coolidge that the book “deserves to be widely read” and made it an editor’s choice for 2013. Miss Shlaes is under contract to write “The Silent Majority,” a third volume on the twentieth century.

Miss Shlaes chairs the board of the Calvin Coolidge Presidential Foundation. The Foundation’s goal is to share Coolidge with Americans, by hosting debate and events at the Coolidge site and through newer media. Miss Shlaes teaches economic history at The King’s College, and previously taught in the MBA program at NYU’s Stern School of Business. Miss Shlaes spent a decade at the Council on Foreign Relations as a Senior Fellow in Economic History and directed the economic programs of the George W. Bush Presidential Center. Her syndicated columns have been carried by Forbes, the Financial Times, and Bloomberg. Miss Shlaes was previously a member of the editorial board of the Wall Street Journal. 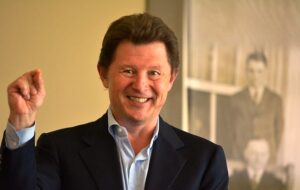 Roberto Salinas-Leon is president of the Mexico Business Forum. He is an expert on trade, monetary policy, and economic liberalization in Latin America and co-editor of Money and Markets in the Americas: New Challenges for Hemispheric Integration. A frequent media commentator on policy issues in Latin America, Salinas-Leon has advised policy makers across the globe.

Matthew Denhart is the Executive Director of the Calvin Coolidge Presidential Foundation. He has written and spoken widely on many public policy issues. He has contributed articles to national publications including The Wall Street Journal, Forbes.com, CNN Opinion, and Bloomberg View, and has appeared in broadcast outlets such as ABC News and C-SPAN. Denhart played a critical role in developing Forbes Magazine’s annual index of “America’s Best Colleges.” Denhart has also served as a research fellow at the George W. Bush Institute where he completed extensive research and writing on the economics of immigration. Prior to that, he was Administrative Director of the Center for College Affordability and Productivity in Washington, D.C. Denhart graduated summa cum laude from Ohio University with a Bachelor’s degree in Economics and Political Science. At Ohio University, Denhart was a member of Phi Beta Kappa and was the J. Warren McClure/Stephen H. Fuller Cutler Scholar. He lives in New England with his wife, Andrea, and their two dogs. 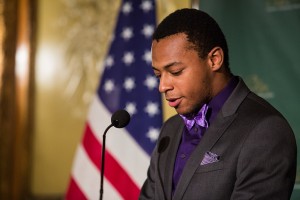 Rushad Thomas is the Program and Editorial Associate at the Calvin Coolidge Presidential Foundation. In this capacity he coordinates all programming for the Foundation, including lectures, the debate program, and other events. He is also in charge of the Foundation’s social media outreach, and is responsible for the website and the blog. Additionally, Rushad manages our research and scholarship efforts. A native of Bushnell, Florida, Rushad attended Florida A&M University as a Bill Gates Millennium Scholar, graduating with a Bachelor of Arts degree in Political Science in December 2011. In May 2014 Rushad obtained a Master of Arts degree in Government from the Robertson School of Government at Regent University. While at Regent Rushad worked as a graduate assistant for Dr. Eric Patterson, an expert on just war theory, and conducted research on a variety of historical and policy issues ranging from terrorism and drones to the Spanish-American War. Rushad also received the Outstanding Research Award for his thesis “The Political Movement of Pat Robertson,” as well as the Outstanding Graduate Award from the School of Government in recognition of his excellence in leadership, scholarship, and service.