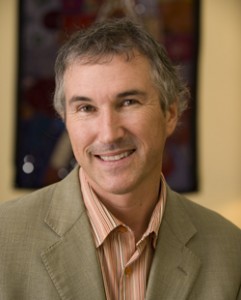 Dr. John Tomasi is a political philosopher at Brown University. Born in New Hampshire, John  moved with his family to Vermont in his youth. He grew up in a small town called Underhill Center, at the foot of Mt. Mansfield.

John founded and directs the Political Theory Project at Brown, a research center dedicated to the study of ideas and institutions that might make societies more free, prosperous, and fair. Every year the Project brings a dynamic group of postdoctoral fellows and visiting professors to Brown, all of whom share a commitment to civil, open-minded discourse about controversial political topics. Likewise, the Project’s student wing, the Janus Forum, regularly hosts lectures and debates that bring opposing ideologies into serious but civil contact with each other.

John’s new book, Free Market Fairness (Princeton University Press, 2012), draws on moral insights from defenders of economic liberty such as F.A. Hayek and advocates of social justice such as John Rawls. In Free Market Fairness he develops a hybrid theory of liberal justice, one committed to both limited government and the material betterment of the poor. Free market fairness seeks to combine the uncombinables: capitalism and democracy, private property and social justice, free markets and fairness, the Tea Party and Occupy Wall Street.

He is currently working with Matt Zwolinski on a book called A Brief History of Libertarianism (also with Princeton University Press). He and Zwolinski blog about this project at BleedingHeartLibertarians.com.

John lives in Rhode Island with his wife Amy and their two children, Peter and Lydia.