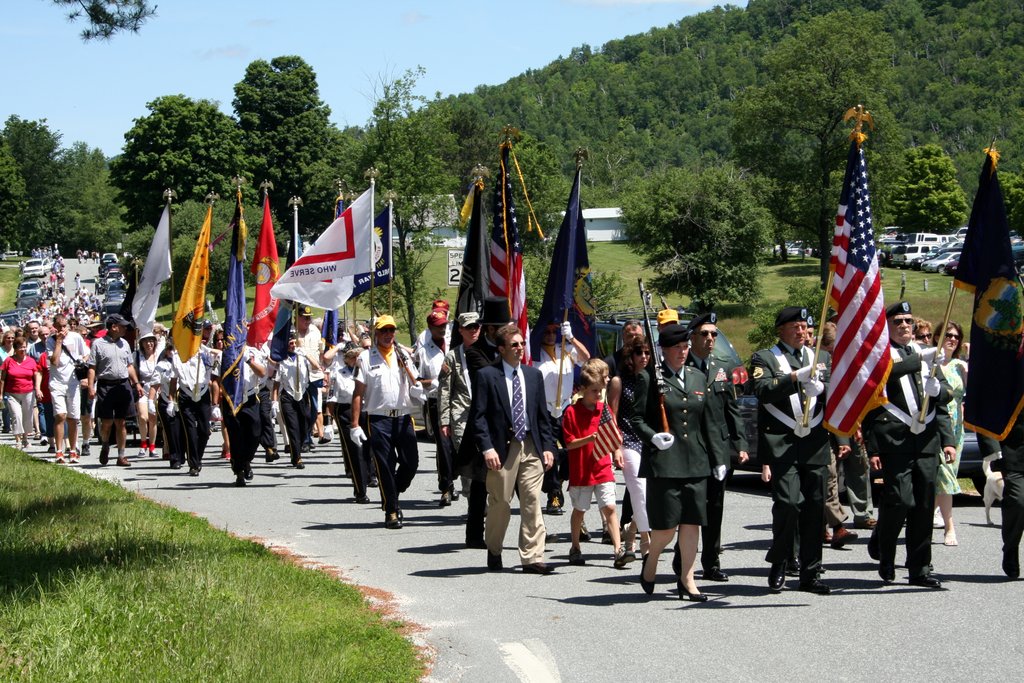 Elevate Your Fourth of July at Plymouth Notch

On Saturday, July 4, the Calvin Coolidge Presidential Foundation will celebrate the birth of the nation as well as its thirtieth president, Calvin Coolidge. Coolidge is the only U.S. president born on Independence Day, and July 4 has been commemorated at his birthplace in Plymouth Notch for many decades. Honor Coolidge and elevate your Fourth by attending a day of special celebrations at the President Calvin Coolidge State Historic Site (3780 Route 100A, Plymouth, Vermont). This year’s celebration has been designated a “Top 10 Summer Event” by the Vermont Chamber of Commerce. All activities are held in partnership with the Vermont Division for Historic Preservation.

Activities begin at 10:00 a.m. when the Coolidge Foundation partners with United States Citizen and Immigration Services (USCIS) to host an official naturalization ceremony. Twenty immigrants hailing from thirteen different countries will become U.S. citizens during this ceremony. Judge J. Garvan Murtha will preside. The public is highly encouraged to attend.

The public is invited to then gather at the Plymouth Notch village green at 12:00 p.m. when a delegation of the Vermont National Guard, including Adjutant General Steven Cray, will lead a march to the Plymouth Notch Cemetery. There, a wreath from the White House will be placed at the President’s gravesite in a brief ceremony with members of the Coolidge family in attendance. President Coolidge’s great-granddaughter Jennifer Sayles Harville will sing the National Anthem, taps will be played, and members of the Coolidge family will read selections from speeches of President Coolidge.

At 1:30 p.m. in Plymouth’s Union Christian Church, famed Coolidge actor Jim Cooke will offer his final performance of “Calvin Coolidge: More than Two Words.” Mr. Cooke first performed this solo act thirty years ago on July 4 in Plymouth. The president’s son, John Coolidge, was in the audience that day and remarked, “The actor did very well with his impersonation.” After thirty years and many more rave reviews, Mr. Cooke is retiring the act this Fourth of July. Arrive early to enjoy Mr. Cooke impersonating President Coolidge one last time.

At 2:30 p.m., the Coolidge Foundation will lead a full-length, group reading of the Autobiography of Calvin Coolidge. This is an annual tradition, and the public is encouraged to join the reading. The reading will take place in the Union Christian Church. To reserve your spot as a reader, please contact Events@Calvin-Coolidge.org. Walk-ups will also be accommodated.

Other July 4 activities include a chicken barbecue at the site’s restaurant, The Wilder House, cheese making and sampling at the Plymouth Artisan Cheese Factory, and horse-drawn wagon rides with Plymouth resident Fred DePaul. In addition, Fiber Arts in Vermont will showcase textiles in the Wilder Barn and the Plymouth Historical Society will present an exhibit in the One Room Schoolhouse.

The public can tour twelve buildings at the Coolidge Site, which is owned and operated by the Vermont Division for Historic Preservation. A National Historic Landmark, Plymouth Notch is considered one of the best-preserved presidential sites in the country. At the Museum & Education Center, visitors can explore the award-winning permanent exhibit, More Than Two Words: The Life and Legacy of Calvin Coolidge. This season’s temporary exhibit, Grace Coolidge: A Glass of Fashion, displays several gowns worn by First Lady Grace Coolidge.

For further information about July 4 programs, or other special events, contact the Calvin Coolidge Presidential Foundation, 802-672-3389, or visit the Foundation online at: www.CoolidgeFoundation.org.

12:00 p.m.: Procession to the Plymouth Cemetery, led by the Vermont National Guard

12:10 p.m.: Cemetery Service at the grave of President Calvin Coolidge

2:30 p.m.: Group reading of The Autobiography of Calvin Coolidge

All Day: Horse-drawn wagon rides with Fred DePaul, Cheese-making and sampling at the Plymouth Artisan Cheese Factory, Tours of the Historic Site, and special exhibits by Fiber Arts in Vermont and the Plymouth Historical Society