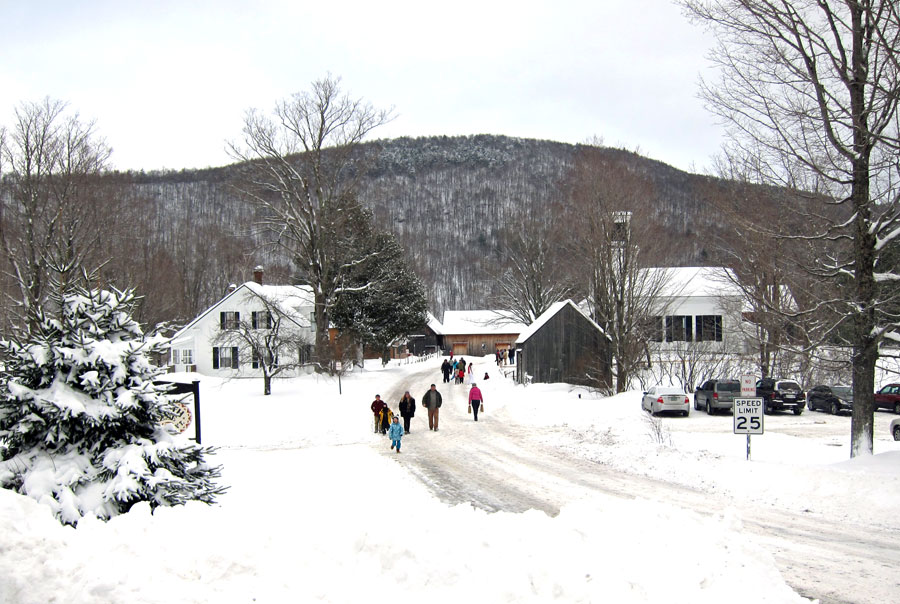 Celebrate the traditions of the season at Plymouth Notch – one of Vermont’s most picturesque villages – on Saturday, December 10 when the President Calvin Coolidge State Historic Site hosts the “Coolidge Holiday Open House.”

Most of the museum buildings, including the homestead where President Calvin Coolidge was sworn in as president of the United States, will be open 10:00 am–4:00 pm. The Coolidge Birthplace will be decorated as it would have been in 1872, the year the future president was born. The event is free and features special presentations and a wide variety of family activities.

An open house highlight will be a reading by Willem Lange of “Favor Johnson: A Christmas Story,” 11:00 am. Lange is a frequent commentator on Vermont Public Radio and received an Emmy as host of the award-winning “Windows to the Wild” on New Hampshire Public Television. His story about Favor Johnson and the mysterious delivery of homemade fruit cakes on Christmas Eve has become a Vermont classic. Copies of Lange’s CDs and books will be available for purchase and signing.

At 12:30 pm, poet Carol Johnson Collins of South Duxbury will read poems based on her life growing up on Vermont farms, with Louli Zeichner of Northfield accompanying her on the banjo. Steve Morse of Montpelier will perform holiday organ and piano music throughout the day and lead caroling in the village church at 1:30 pm.

The Coolidge Holiday Open House is also the last chance to see the 2016 temporary exhibit, Expressions of Esteem: The Coolidge Presidential Gifts, which examines the tradition of presenting gifts to our nation’s chief executives. Calvin Coolidge, unlike his successors who have presidential libraries, was allowed to keep many of the things he received from admirers around the world. The Coolidge family has donated most of these gifts to the Division for Historic Preservation, and there’s lots of “gold & glitter” to feast the eyes!